CONRAD LEACH … his bio says: “1970s – growing up with punk rock, motorcycles and cinema …” look at his paintings of actual passed “PARADISE LOST” exhibition at THE GAUNTLETT GALLERY in LONDON and you’ll see this childhood influences and his large passion for motorcycling. the paintings are inspired by early speed pioneers and feature people like sir DONALD CAMPBELL, STEVE McQUEEN, machines like BLUEBIRD and GOLDEN ARROW, and places like BONNEVILLE, PENDINE SANDS. i love this paintings so much that i could not decide which ones i will show in this post. so i am sorry that the range is as big as shown … for more information check CONRAD’S website. all paintings by CONRAD LEACH from the exhibiton “PARADISE LOST”


CONRAD LEACH with his BS1 on the left 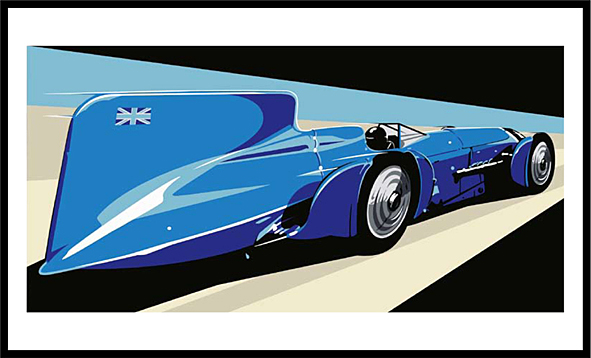 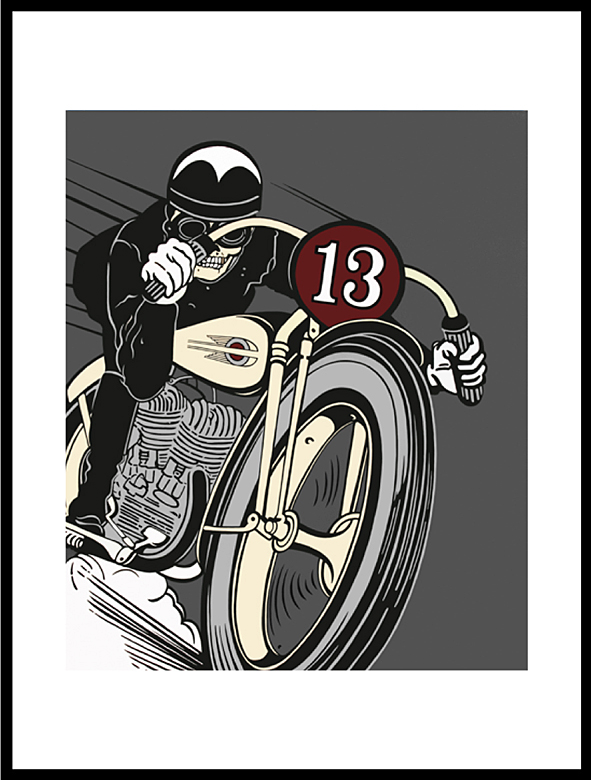 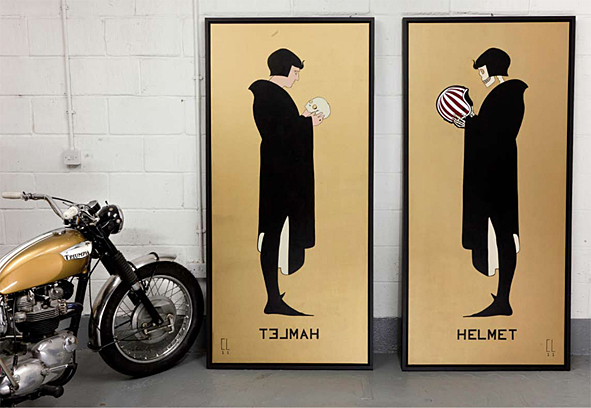 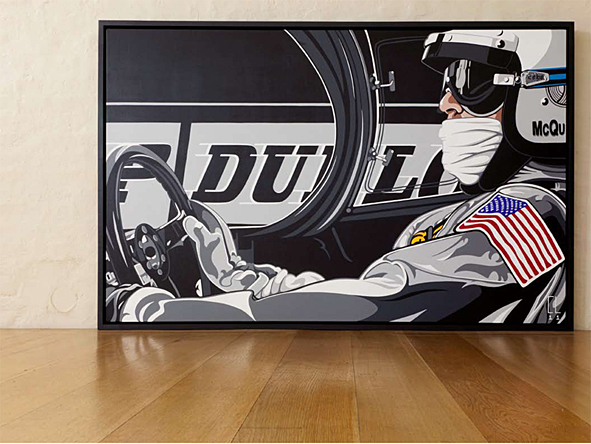 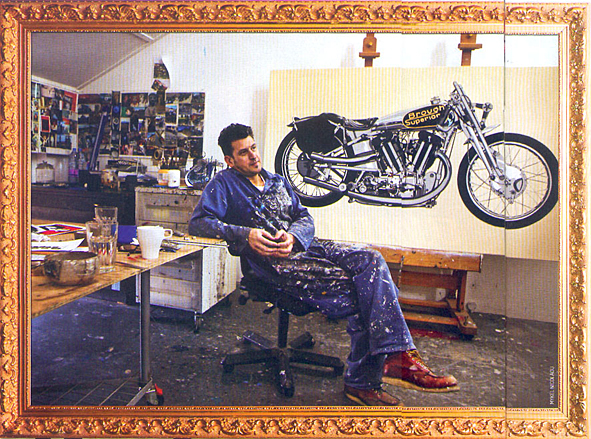