here is the MUNSON BOOT resulting from the new RED WING x NIGEL CABOURN collaboration. the boot will be available at selected retailers in fall 2012. very nice.

the story about the boot told by RED WING HERITAGE: “It all began when Nigel came across some vintage British Army combat boots from World War I. The boots were in excellent condition – it was hard to believe that they were 100 years old – and they captivated him. Although working in different fields,  both Nigel and Red Wing have delved into the heritage of their respective fields for many years, shining a light on them,  and paying exacting attention to both detail and overall quality. Sharing this common approach they felt deep respect for each other. Nigel’s passion about this boot led Red Wing to engage in a joint collaboration of an unprecedented level for the shoemaker. The ‘Munson Boot’ is made using Munson lasts. The most prominent feature of the Munson Last is the shape of its toe which is built to follow the line of the tips of the toes. In 1912 Dr. Munson designed a last for infantry boots. Red Wing,  which manufactured military boots for World Wars I & II used these lasts for its work boots as well till the late 1960s. For both work boots and military boots the priority is the protection of the wearer’s feet. This collaboration with Nigel marks the first time that the Munson Last has been used in Red Wing’s factories in over five decades. The leather used is an oiled roughout leather. Roughout leather is leather which is used with the flesh side facing out. Switching the direction of the leather ensures that even if the rough exterior is scratched,  the grain will remain unbroken,  which results in superior waterproofing. The boot comes in two colors; light-brown Hawthorne Muleskinner (Style #4619) and the darker Chocolate Muleskinner (Style #4618)., They feature army green Harris tweed lining,  deep green thick leather shoelaces and matching eyelets. With Nigel’s deep knowledge of the military-, work- and outdoor fields,  and Red Wing’s over 100 year old heritage the Munson Boot has truly brought out Red Wing’s full potential. pics | Red Wing Heritage Europe 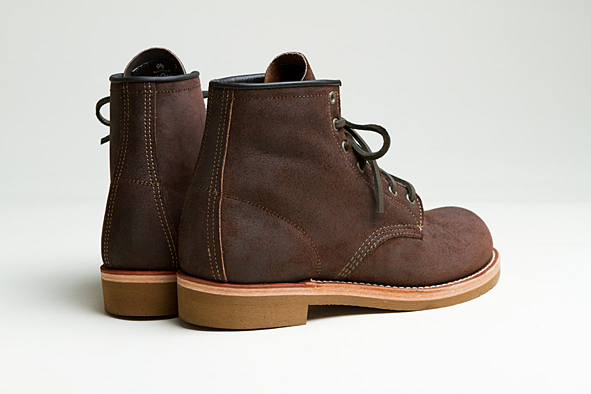 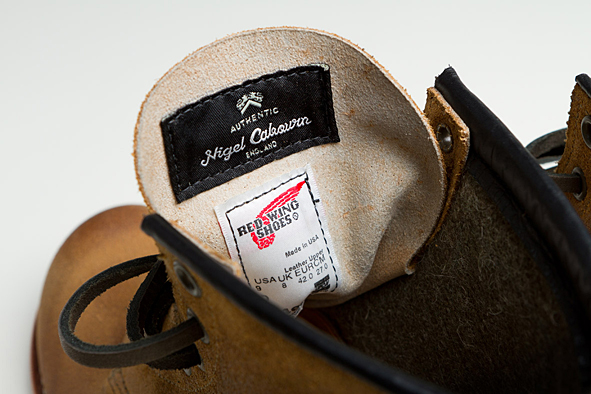 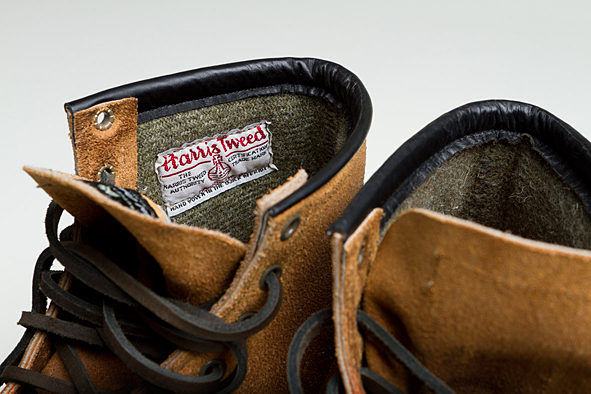 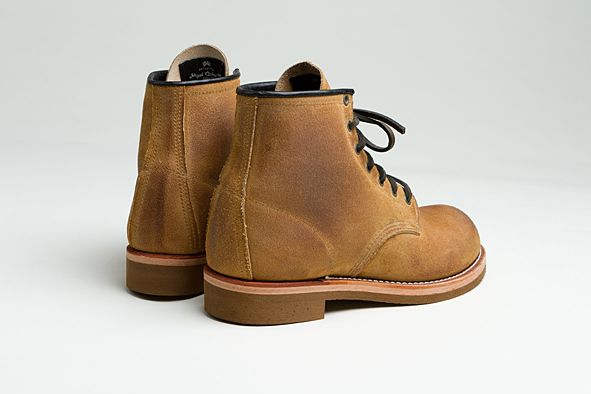