yeah some news from the RED WING SHOES HERITAGE EUROPE CENTRAL. the #1907 is introduced in europe. i am sure that i owend this boot years before. so it is a comeback if i remember correctly. hm. okay, this is what RWS says about the #1907: “RED WING HERITAGE is announcing the arrival of one of north america’s most popular boot styles the 1907 to the european market. available now in RED WING SHOE STORE AMSTERDAM & the other RED WING SHOE STORES later this year the 1907 is modeled after the original Moc Toe work boot styles that made RED WING famous. the rough & rough leather used to build the 1907 is distressed pull-up leather with an antiqued appearance. the norwegian welt construction applies a double stitch that not only gives the boot a distinctive appeal but also makes the 1907 highly durable and functional. finished off with rawhide laces a traction tred outsole and triple stitch quality,  the 1907 is built to the same standards which make Red Wing the choice of the american worker.” a really nice classic boot. pics | RED WING HERITAGE 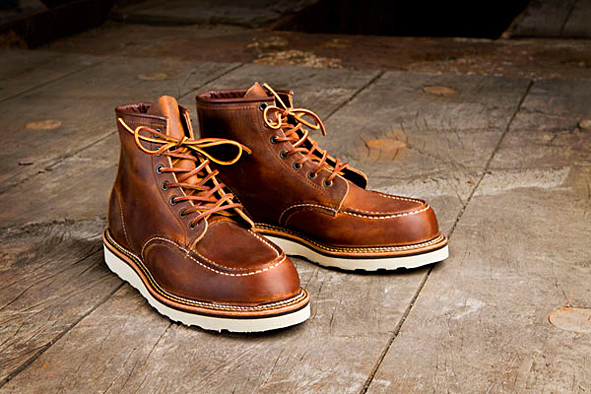