it is years ago i saw this damn, f***ing, fancy boot the first time. i even remember the man who wears this shitty boot: it was PETER HECKMANN and i asked him “what the hell happened to this RED WING 875?” some years later i met KAMI from the RED WING STORE FRANKFURT and owner of B-74 wearing a rugged 8150. and i did not know what to think now about the boot: it was looking strange but really, really cool rugged and vintage like it was. now 3 years later after asking myself several times to own this boot or not i bought it some weeks ago. and believe me i am so happy about my 8150. it is really funny seeing the people staring at me feet … i think the RED WING STORE FRANKFURT and B-74 are the only shops worldwide selling this boot. aren’t they? the 8150 is based on a 8138 but the leather is printed with a classic “DUCK HUNTING” camouflage pattern in cooperation with MOSSY OAK®. for even a better camouflage effect you should use brown laces. i am sorry, but there is no information about the history of this boot – nowhere! come on and get one of the last 8150s ever … pics | LTG 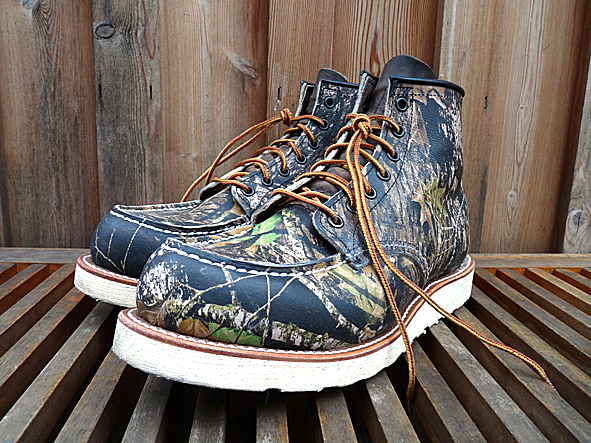 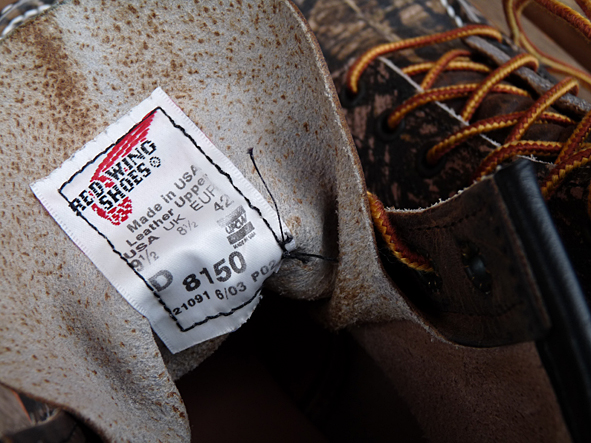 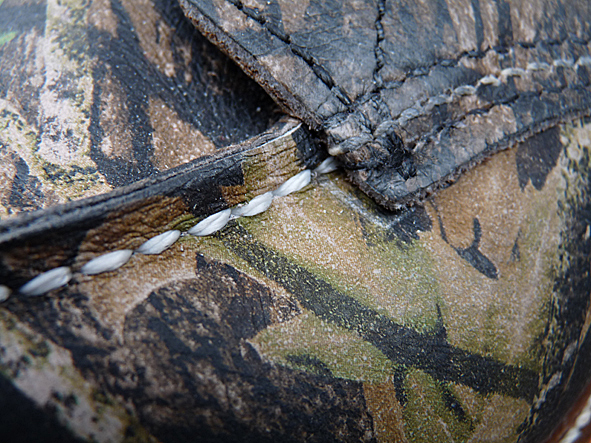